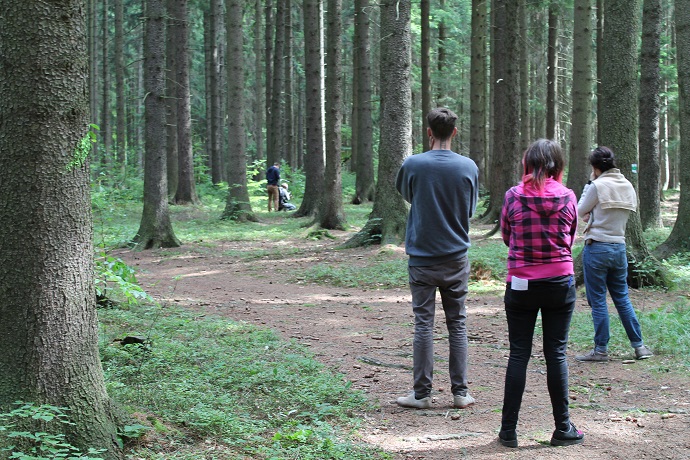 The sun slowly sets behind Sluneční paseka (The Sunny Meadow) above Křemešník Hill in Vysočina, but director Štěpán FOK Vodrážka can't afford to go to sleep. It's the end of August, and he's shooting the 15th Mezipatra film festival trailer near the Czech town Pelhřimov. Why there? Why near Pelhřimov, a town of records and oddities? And what does Jaroslav Foglar have to say about it? It's too soon for answers. We’ll have to wait, at least until the trailer premieres on Oct. 9 in the NEONE club on Bubenská Street 1.

The young, fierce and talented Štěpán FOK Vodrážka is a FAMU graduate with a history of making commercials for Microsoft and Adidas, as well as music videos for musicians such are Vladimír 518 and Klára Vytisková. Why did he decide to create the Mezipatra trailer? “ I've been a fan of the festival for years. That's why I was so psyched when I was asked to work on the trailer,” said the director, while refusing to reveal much about the content of the trailer. Of course! “Describing the content would be a big spoiler . I would only say that I love to cross the lines and use my work to connect the unconnectable. For now, I can just promise you that it's a trailer you wouldn't expect from a queer festival,” Vodrážka adds.