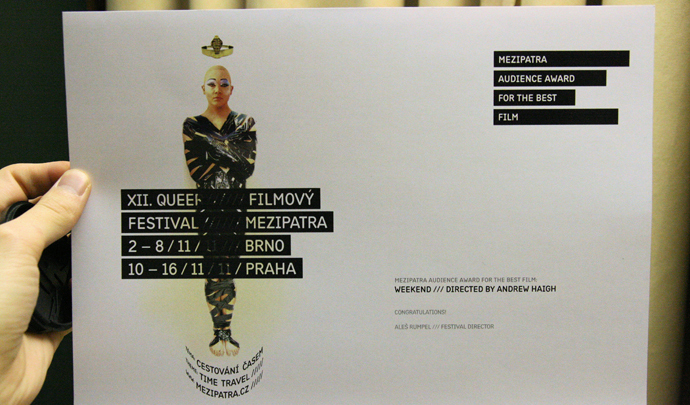 Cerise Howard is a freelance writer and peregrine film critic, New Zealand-born and bred but based in Melbourne, Australia, with a strong association with online film journal SENSES OF CINEMA dating back to 2001. Hers is a voice regularly heard waxing critical on radio station 3RRR in Melbourne (and nowadays, 'on demand' online as well). She is President of the Czech and Slovak Film Festival of Australasia; the festival will debut in 2013. She is probably Melbourne's finest transgender bassist.

Born in 1982 in Karaj, Iran, Kaveh Daneshmand is an Iranian filmmaker based in Prague, Czech Republic. After graduating in film directing, he co-founded the Festival of Iranian Films in Prague in 2010. Ever since, he has been active in the field of film, working mainly as a director and a screenwriter as well as a freelance film consultant for the Institute for the Intellectual Development of Children and Young Adults (IIDCYA). He is currently the artistic director of the Festival of Iranian Films in Prague and is producing his first feature film The Chance of Rain (2013).

A graduate of the Academy of Fine Arts in Prague, Mark Ther experiments with video art and develops a thematic range in his work, such as explorations of sexual identity, historical traumas as well as popculture. Since 2004, his short films have been included in prestigious group projects as well as solo exhibitions from Moscow to New York. He is a laureate of the Jindřich Chalupecký Award for Das Wandernde Sternlein (2011), the screening of which at the DOX gallery resulted in a legal action.