We screen Sauvage in the cinemas from July 18

The French director Camille Vidal-Naquet's feature debut Sauvage was first introduced during the Critics' Week at the 70th Cannes film festival in 2018, and has since been featured in the program of over thirty festivals worldwide. The film's relevance and quality is further proven by its inclusion not only at festivals specializing in LGBTQ+ cinema, but also at events that aim to introduce remarkable films from abroad (e.g. Jerusalem FF). Sauvage has already collected ten awards during its circulation including a Louis Roederer Foundation Rising Star Award in Cannes for Félix Maritaud in the leading role and a Best Film Award at Fusion festival in Norway.

The film demonstrates a remarkable sensitivity to the detailed depiction of the searching protagonist's emotional experience, and elegantly avoids paradigmatic moralizing. It is the complex approach to the characters' psychology in terms of an analysis of the taboo issue of male prostitution that makes Sauvage an exceptional work of art worthy of utmost attention; it is simultaneously a piece which speaks to international audiences and which can compellingly illustrate one of the current forms of life in the gay community.

Sauvage was very popular with the jury as well as the audience at the Mezipatra Queer Film Festival in 2018, indicating its potential success in the upcoming distribution. According to a survey among150 visitors 20 % visitors named Sauvage as the best film of the festival and 20 % visitors responded they wanted to see it, but missed it. These reasons among many others lead us to believe that the film has a potential for wider distribution and belongs to your cinema as well! 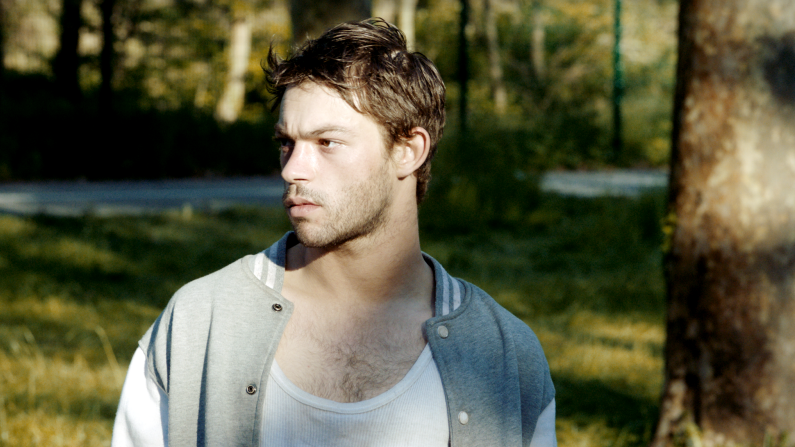 Annotation of the film Sauvage

Camille Vidal-Naquet’s harsh debut examines a world of absolute freedom and tells the story of an individual who approaches life passively, but demands its gentle attention. This provocatively physical drama premiered in Cannes International Critics' Week and offers a blunt insight into nooks that normally remain hidden. Film is suitable for adults (18+) only.

In addition to the Special Mention awarded to the film at the 19th edition of Mezipatra, Sauvage has won numerous prestigious awards at the most famous film festivals. Let's name a few: