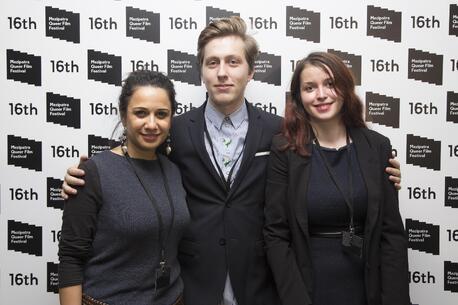 An Iranian theatre director and actress with an MA degree in directing from the Theatre Faculty of the Academy of Performing Arts in Prague (DAMU). She has directed international short film and theatre productions, such as “Bon Appetite!” and “A Moment of Silence.” She works with ERASMUS students and runs workshops at the Prague Shakespeare Company.

After getting a degree in journalism and losing all ideals about the profession, she went on to lose more ideals at the Film and TV School of the Academy of Performing Arts in Prague (FAMU), where she is studying screenwriting and script editing. Her job is that of an organiser of verbal matter and a creator of prose at an advertising agency.

I am a student of the Directing Programme at the Film and TV School of the Academy of Performing Arts in Prague (FAMU), a host at Radio Wave and an occasional music and film critic. I enjoy films that are clever without knowing it, films that are stupid and well aware of it, films with a beautifully appalling camera and films with an appallingly beautiful camera. To put it simply, I like films.