On Friday, 12 November, the Mezipatra festival opened this exhibition, which presents 10 life stories of famous and unknown personalities of our history. They fought for emancipation, were involved in politics, were among the first republic's LGBTQ+ activists or symbolised the so-called pink triangles in Nazi camps.

On Wednesday, November 10, 2021, the awards for the best films were announced by the main and student jury. At the ceremony, moderated by Radio Wave's BUCHTY, Zoé Wittock's Jumbo was awarded as the best feature film, Thea Montoya's Son of Sodom was the best short film, and the main jury also recognized Catherine Corsini's The Divide with a special mention. The ceremony was followed by a screening of the documentary The Invisibles. The evening ended with the Happily Ever After party with DJs Never Sol, Brigitte Noir and HOLY. Thank you for an unforgettable atmosphere!

Guests from across the world at Mezipatra!

A total of 44 guests from all over the world accepted our invitation to Mezipatra this year. They presented their feature and short films, debated with the audience and took part in discussion panels about the film industry. And above all, they amazed us with their incredible energy, artistic creation and unique insight into queer topics.

Debates on interesting topics with even more interesting guests from all over the world. The weekend program at Mezipatry titled Queering the Industry for film professionals addressed issues related to the representation of identities in film, the organization of queer festivals, exile production and other challenges faced by the film industry. For those of you who did not have time to arrive, we recorded all the debates and will be adding them to our Yutube channel. 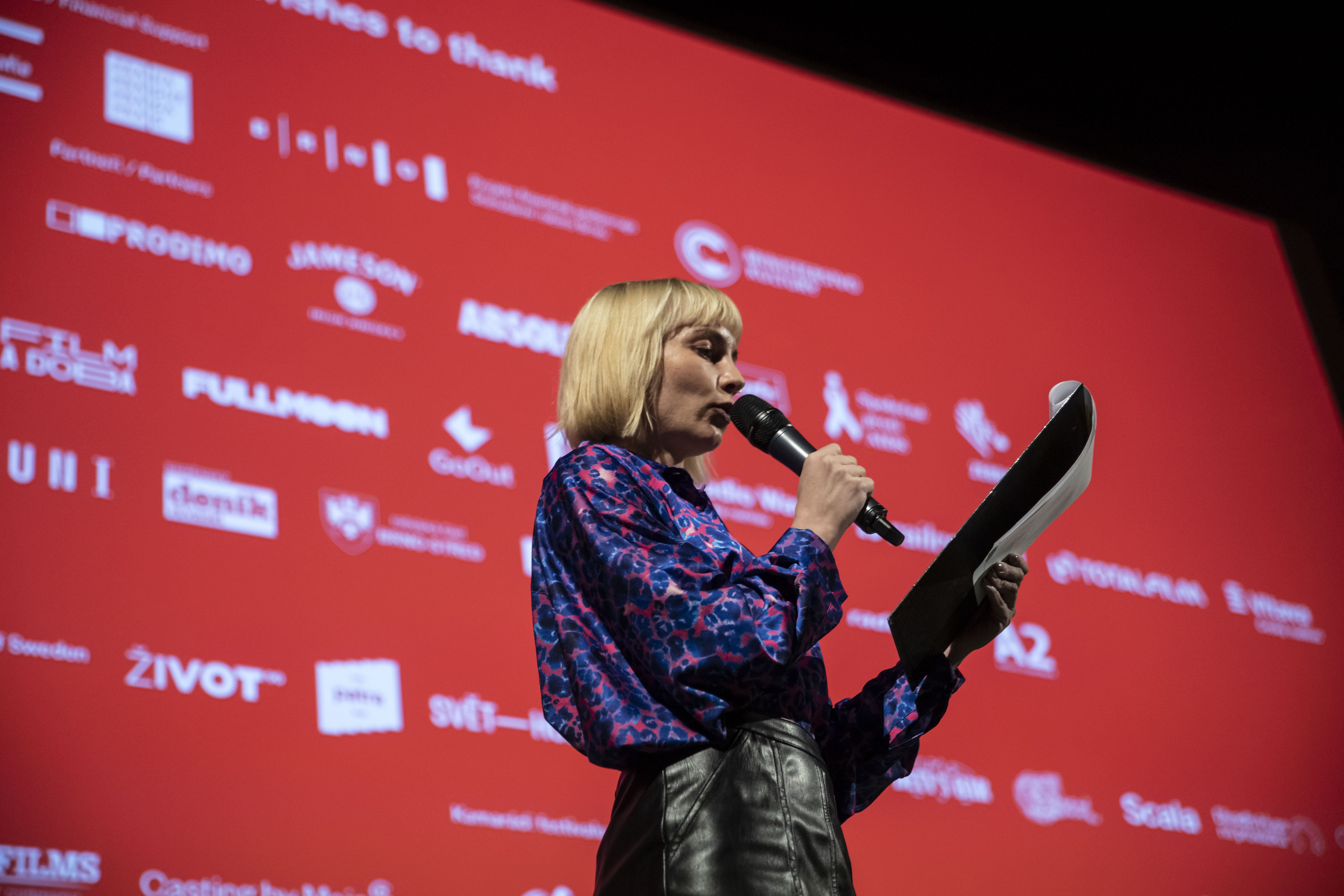 The 22nd Mezipatra QFF has began! We started the festival on Thursday, November 4, 2021 in Lucerna with the film The Divide, which amazed the jury in Cannes and now our audience. The ceremony was moderated by BUCHTY from Radio Wave. The screening was followed by the opening party Babyshower, where the atmosphere was also taken care of by welcome drinks from Jameson and DJs Mutuju, Barbora and Miss Carriage. Thank you for an unforgettable experience!

On Thursday, October 14, the premiere of the festival trailer took place in the Petrohradská cinema. The trailer was directed by Štěpán FOK Vodrážka and you should definitely watch it! The evening's agenda also included a presentation of the program of this year's festival. Many thanks to DJ Ncol and our partner Absolut who took care of the music and drinks.

We finished the program at Prague Pride on Friday (August 6, 2021) with a screening of our distribution film Cocoon. The screening in the summer cinema was preceded by a discussion with its director Leonie Krippendorff. In her films, she focuses on the experiences of teenage characters looking for their own identity and place in society. Feel free to watch the recording of the debate, which was hosted by Mezipatra's director Pavel Bicek: https://www.youtube.com/watch?v=gnXaBRKphVM.

Prague Pride 2021 (Her Mothers + discussion with the directors)

We prepared the Prague Pride program for Wednesday (August 4, 2021) in cooperation with the One World festival. A screening of the documentary Her Mothers and a discussion with its directors (Asia Dér and Sári Haragonics) took place. A recording of the debate is available here: https://www.youtube.com/watch?v=jWXVWE83HuQ.

On Thursday (August 5, 2021) at Prague Pride we talked about the state of sexual education of children in the Czech Republic with experts on this topic: Agáta Hrdličková, Adam Šindelář and Eva Nováková. Hosted by Marcela Macháčková. You can also watch the recorded discussion here: https://www.youtube.com/watch?v=tENpynffR2E. We ended the evening with a screening of short films from Poland.

On Tuesday (August 3, 2021), our debate on the queer Vietnamese community in Czechia (moderated by Do Thu Trang) and the screening of the winning film of last year's Mezipatra No Hard Feelings took place at Prague Pride.