Mezipatra will explore the limits of liberty this year. Festival passes are going on sale. 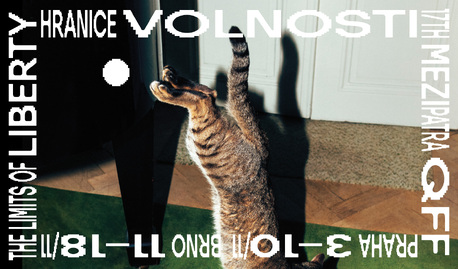 The topic of the seventeenth edition of the festival which introduces queer-oriented films to Czech audiences is Limits of Liberty. As usual, it will start with its Prague part, which will take place from 3rd to 10th November. The festival will continue in Brno from 11th to 18th November, followed by echoes in other Czech cities.

Visitors can buy festival passes in advance, valid for any seven screenings for the price of five tickets. The passes are on sale in Prague for 540CZK from 20th September to 17th October, and in Brno for 490CZK from 26th September to the end of the festival.

Mezipatra's main allure this year are distinctive pieces of current European and American cinema. The opening film of the festival will be the Teddy Award winner of this year's Berlinale, the drama Tomcat (Kater) by the Austrian director Händl Klaus.

Other pulls presented by Mezipatra in their Czech premiere include French Staying Vertical (Rester vertical), which featured in the main competition at this year's Cannes, American Lovesong, which competed at Sundance festival, and an unusual Swedish drama with fairy-tale elements called Boys (Pojkarna).

Once again, the festival visitors can look forward to discussions on issues which are stirring the society, special screenings, thematic parties, and a photographic series called Relationship, which will be brought to Prague by Rhys Ernst. Between 2008 and 2014, he and his now former partner Zackary Drucker were capturing various aspects of their relationship, including their transitions. The co-producer of the successful TV show Transparent will also personally introduce exclusive screenings of selected episodes of the TV show and his auteur mini-series.

This year's festival's guests include also William Fairman and Max Gogarty from Britain, who directed the documentary Chemsex, and Nneka Ounorah, a director and queer activist from New York. She will introduce her critically acclaimed documentary, The Same Difference, which focuses on discrimination within the lesbian community based on gender roles.