Mezipatra will introduce its guests: the director of Postcards from London and DJs Acado are some of those coming. 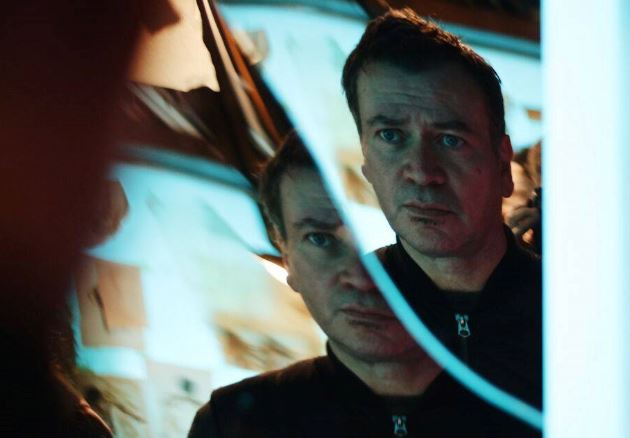 Once again, Mezipatra Queer Film Festival will welcome numerous international guests. One of them will be the director and screenwriter Steve McLean. He will introduce his Postcards from London, a film about the attractive world of male escorts who re-create from their bodies live pictures by old painting masters. McLean's first film was Postcards from America in 1994, followed by almost twenty five years of silence.

Another guest in the live-action section will be the Polish director Olga Chajdas with her debut, Nina, which is competing for the main jury's award for the best live-action feature film. Nina tells the story of a French teacher who falls in love with beautiful Magda while looking for a surrogate mother. Olga Chajdas graduated in direction at the Andrzej Wajda school in 2009 and she has experience primarily with TV shows and her own short films.

We the Animals will be introduced by the author of the autobiographical novel that served as the basis for the film adaptation. This poetic film about becoming aware of one's different sexuality in childhood was presented at this year's Sundance, where it won the NEXT Innovator Award.

The accompanying program will feature the visit of Birgit Bosold, the very first woman at the head of the Schwules Musuem (Queer Museum) in Berlin. Her leadership brought to being the successful Homosexualität_en exhibition. Bosold will take part in the Queer History in the Era of Populism discussion in Patra community café.

The festival will be also honored by the visit of associate professor Ramsi Fawaz from the University of Wisconsin-Madison, the author of the successful publication of The New Mutants: Superheroes and the Radical Imagination of American Comics. Fawaz has prepared a lecture called Entering the Vortex: Avant-Garde Science Fiction Cinema and the Lesbian Feminist Frontier. The event takes place on Tuesday, November 13th, in the small hall of Světozor cinema.

The headliners of the festival's biggest party, Fata Morgana in Ankali, will be German DJs Acado (formerly Techno Frühstück). Acado made their name in such renowned Berlin clubs as Sisyphos and Ritter Butzke. They now play all over the world and their original sound meanders between tech-house and techno. And the club in Vršovice will also boom by the beats of DJ and activist ODA from Kosovo.

As tradition dictates, the best films of Mezipatra are selected by two juries – the main and the student one. The main jury will include Stuart Richards, a film critic and the author of the Popcorn and Politics: The Importance of the Queer Film Festival, a documentary filmmaker and the director of Daniel's World  Veronika Lišková, and the restorer and curator of the National Film Archive, Tereza Frodlová. The invitation for the student jury has been accepted by Dora Šustić from Croatia who studies scriptwriting at the Film and TV School of the Academy of Performing Arts in Prague, Zuzana Černá from Film Studies at the Charles University, and David Fesl from the Academy of Arts, Architecture and Design in Prague.