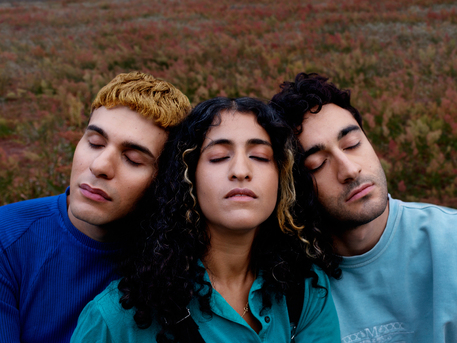 There is never enough of queer movies. Therefore, in cooperation with Kino Art, we bring you regular screenings of LGBTQ + Queer Night films. Every month you can look forward to a screening of a prominent representative of contemporary queer cinema. We start on Wednesday, February 2nd at 20:00 with the German film No Hard Feelings. The bittersweet lovestory from the director with Iranian roots Faraze Shariata won the Teddy Award at the Berlinale and became the winner of the 21st Mezipatra festival. Don't miss out on the screening!

No Hard Feelings tells a story about a young immigrant Parvis, who is forced to help out at the immigration center for his petty thefts, which prevents him from enjoying wild parties. Here, however, the son of Iranian immigrants becomes close to the shy Amon, who recently escaped Iran with his sister Banafshe Arezu. The seemingly carefree summer, however, raises a crucial question for the central trio. Can a foreign country ever become their rightful home? Experience an unforgettable story with the trio February 2nd in Kino Art!