For the first time, Mezipatra will introduce program focusing on film industry. Guests will include the Transparent series co-creator and a producer of two festival winners. 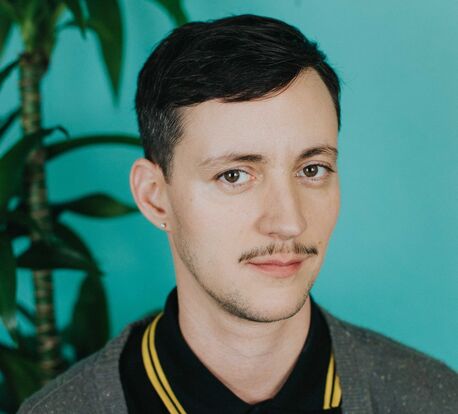 The 20th edition of Mezipatra Queer Film Festival brings special news. For the very first time, the accompanying program will feature events dedicated to both film professionals and festival visitors interested in the inner workings of the film industry.

“We are celebrating the festival's 20th birthday this year, and as a present, we have prepared an Industry section for visitors. It will consist of several discussions with experts about the current problems and challenges in the film industry, masterclasses of renowned filmmakers, and short films presentations,” disclosed Veronika Hanáková, the industry program coordinator. “The Saturday masterclass by the American director Rhys Ernst, Mainstreaming Minorities about the representation of the diverse forms of trans identities in film and TV, will be the section's highlight.”

On Saturday, the program will start with the Queer Cinema Today discussion, focusing on the possibilities and challenges of the distribution of queer- and human-rights-centred films. The benefits of curating supervision and targeted marketing during festival promotion will be discussed by the founder of the first LGBTQ+ distribution company in Poland, Jakub Mróz, the director of the Peccadillo Pictures director, Tom Abell, and William Page, the founder of FilmDoo.

It will be followed by Mainstreaming Minorities masterclass with the American director and artist Rhys Ernst. He earned his fame through the successful Transparent series, on which he worked as a producer and director. He won two awards at the Outfest festival in Los Angeles and his work was also screened at the Sundance festival. At Mezipatra, Ernst will speak not only about his career, but also about the representation and equalization of the trans community in film and television. The discussion will be hosted by Lenka Macháčková, a stand-up comedienne and screenwriter.

Sunday program will open with the Money, Action, Go presentation, with five directors discussing the creative process during short film production, and securing finances. It will be followed by the Festivals for Freedom discussion with queer film festivals representatives, focusing on financial support, the influence of the public opinion, and legislative obstacles at organizing such events as Sunny Bunny Molodist in Kyiv, DOTYK queer festival in Belarus, Queer Film Festival in Slovakia, and Pink Life QueerFest in Turkey. The second, and also last, day in the industry program will close with the producer Michael Raisler and his How to Make Diversity Work masterclass about promoting independent queer films in today's film industry. Raisler is a co-founder of the Cinereach production company, and was its artistic director until 2017. His career includes the role of the executive producer for Beach Rats and We the Animals, which were not only successful at festivals worldwide, but also won the Mezipatra main competition.