So far there has been no distribution brand in the Czech Republic that focuses exclusively on queer films. This changed in July 2019 when we launched a new distribution brand Queer Kino. Thanks to Queer Kino, anyone can see the best and latest queer-themed films across the country even outside the festival week.

The first film, which was screened in 38 cinemas across the country and was visited by a total of 2280 viewers during 100 screenings, was the French drama Sauvage. The film follows a story of a young man, Léo, who walks through his life full of drugs and sex with casual men. Félix Maritaud, the leading actor, dazzled not only Mezipatra with its captivating performance, where the film won the Audience Award, but also other world festivals. 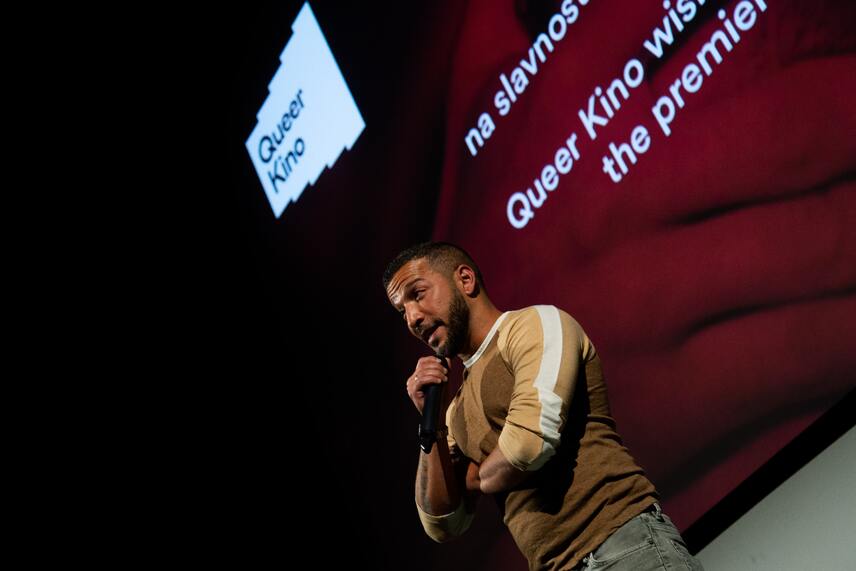 The second film offered by Queer Kino was Matthias and Maxime by well-known director Xavier Dolan, who started his filmography with successful debut I Killed My Mother. Matthias and Maxime, a drama about two friends whose relationship will forever change because of a seemingly innocent kiss, appeared at 56 screenings in 23 cinemas across the Czech Republic. The film was attended by 1983 visitors.

In April, Queer Kino will introduce Swedish-Georgian lovestory And Then We Danced. The film is set in a tradition-bound environment of folklore dances and its premiere in Georgia was accompanied by protests from the church and conservative politicians.