The closing ceremony of Mezipatra takes place on November 21 online 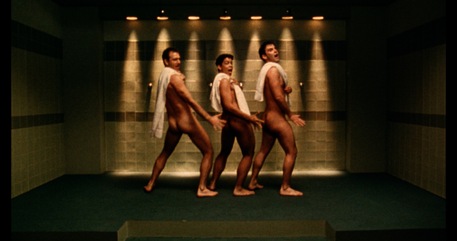 Come and find out which films won this year's Mezipatra! There will be a live closing ceremony on Saturday, November 21 starting at 7:00 p.m. via Moje kino LIVE platform, where we will announce the winners of all three competitions (feature film, short film, audience award). Hosted by favorite Buchty from Radio Wave. The ceremony will be followed by a screening of Zero Patience film and there will also be a closing online party with DJs NCOL, Still Sparkling and Hnát. Don't wait and purchase your tickets here, they are valid for all three parts of the program.

In a rather unconventional way, this frivolous musical attempts to figure out the stories about the first HIV patient in North America. Because according to many, he is sort of responsible for all of humanity’s suffering. The same opinion is held by a Victorian sexologist who is collecting all the supporting evidence for his museum of diseases. All goes according to a plan until the ghost of patient zero suddenly appears. The story of one culprit starts getting murky. This surreal film -- which even features water ballet, singing marionettes, and cosplay -- tells the true story of HIV which they didn’t tell you at school.