How to make a queer film festival in Eastern Europe? It ain’t easy, but they find their audience even in Covid-times 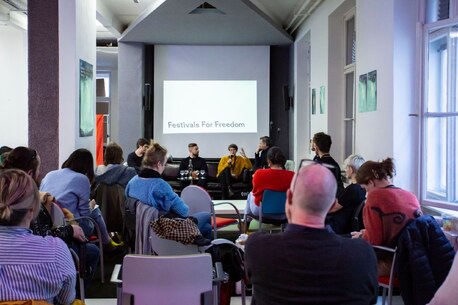 The decision to transfer this year’s Mezipatra completely online was made three weeks before the start of the festival. Such a radical step means that the organizers have to quickly renegotiate the rights for online film screenings, and that they probably won’t get back the money they had already paid for cinema screening rights. Simply put, this year had some hard times in store for queer film festival organizers, as if organizing such cultural events wasn’t difficult on its own. That is why festival representatives from four Eastern European countries met during Mezipatra on November 7, 2020 to share their experiences. Listen to the whole discussion How To Make a Festival, Eastern Edition where the participants also talk about festival funding, film selection, and the possibilities of screening queer films to school children.

The online meeting took place at a time when the situation in each of the countries was different. While cinemas and bars in Russia remained open until 11 pm, Poland declared lockdown although the streets were filled with anti-government protesters. In Slovenia, the cinemas had been closed for a month because of Covid, and no film had been made since spring because the new right-wing government had blocked the film industry funding. And in the Czech Republic, Mezipatra were of course happening at that time, but a curfew was in force and Prague resembled a ghost town.

The discussion featured the experience of Simona Jerala from the Slovenian Ljubljana LGBT Film Festival which was planned both in the online and offline forms for mid-December. Another guest was from Russia: Ksenia Ilina, the founder of Invisible festival and one of the organizers of Side by Side, an international LGBT film festival that was planned for the following week both online and offline. And Premyslaw Stepien, the organizer of LGBT Film Festival which took place in September with cinema capacities limited to half, joined from Poland. The Czech Republic was represented by Mezipatra’s director Pavel Bicek.

The most important question that was posed during the online discussion pertained to the audience. Does the online program bring in new viewers who wouldn’t be able to come to the regular cinema screenings, or does the absence of physical contact lead to a decreased audience? According to Ksenia Ilina, even this situation has its pros. The films can reach even viewers in Vladivostok, who wouldn’t travel to Saint Petersburg for the festival. Thanks to online connections, directors participated in the after-film discussions of such a small festival as Invisible this year.

Simona Jerala also considers reaching audiences in the more distant regions an important task. Her festival regularly screens also outside the capital, including Trieste in Italy, the home of a large Slovenian minority. Nevertheless, Simona expressed her worry that after a whole day of working from home, people are sick of staring at the computer. She emphasized that festivals are not only for watching films but also for meeting people. Pavel Bicek agreed with her, admitting he expected a major decline in viewers. However, he appreciated the fact that even viewers from small towns joined the opening film’s live-stream, although they wouldn’t normally travel for the opening ceremony to Prague. 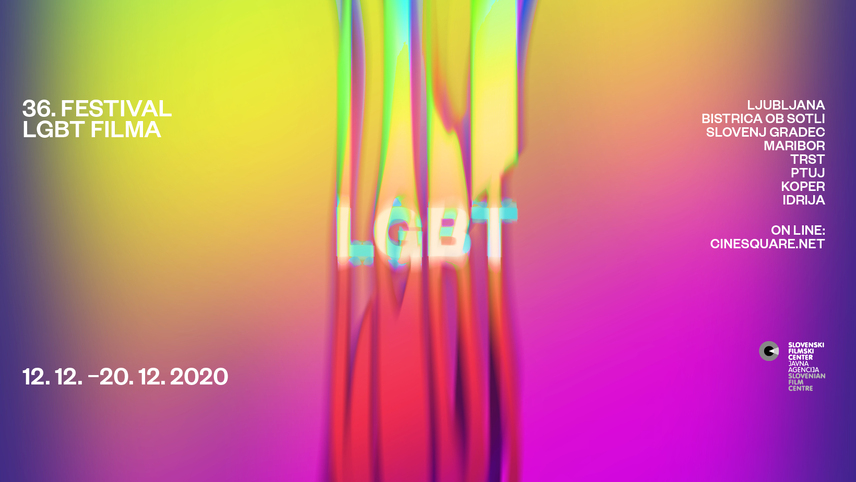 Przemek Stepien pointed out that queer festivals in such countries as Poland create a safe space for LGBTQ+ people. This is why the possibility to meet other people and experience a sense of safety in a public space remains a key role of queer festivals. What motivates the organizers to work on the following edition under these difficult circumstances? All the participants agreed that it is primarily the need for queer people’s higher visibility, and also an audience that would fill the cinemas.