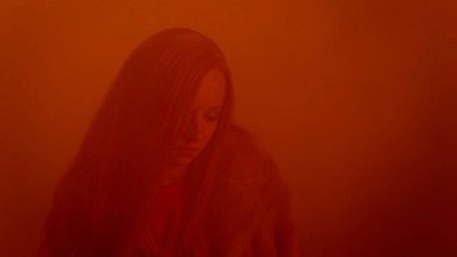 The creation of a film is rarely accompanied by such a strong story as Make Up by British director Claire Oakley. Its main protagonist is nineteen-year-old Ruth who is about to spend a romantic summer with her boyfriend in a caravan camp at a coast in South England. But instead of days filled with sunshine, there comes the suspicion of her boyfriend’s cheating and Ruth becomes obsessed. In the labyrinth of campervans and relationships, she feels lost and starts discovering her true identity.

“The first traces of the plot come from a dream I had nine years ago. I was wandering through an unknown town, following a woman I could not catch. It was a very powerful dream,” revealed the director in the Q&A. She turned this motive into a short film with which she participated in a filmmaking workshop in Croatia. One of the participants interpreted the motive as the author being lesbian and the film describing lesbian desire. “That surprised me, I was married to a man at that time, and I hadn’t had any inkling for another direction. But six years passed and I came out,” said Claire Oakley. And at that point, she returned to the story to examine how our subconsciousness plays with us. 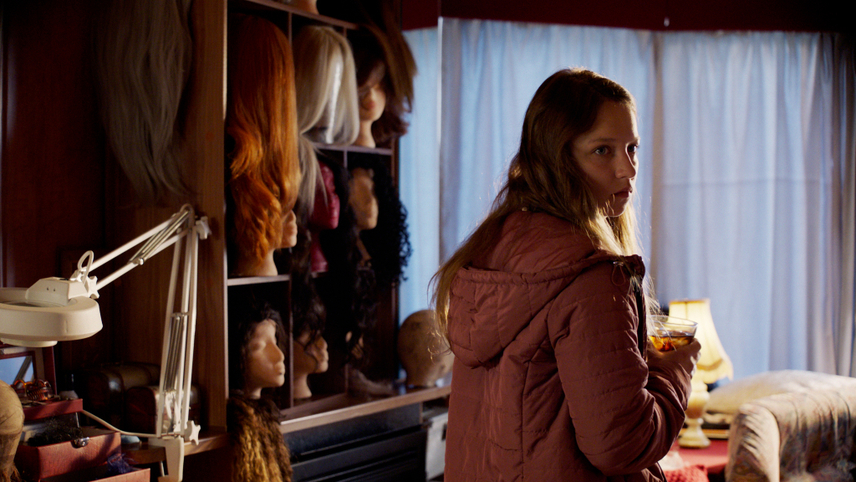 However, Make Up is not only an autobiographical story, although the director was reading her old diaries while writing the script. It is rather a highly personal project which resulted in a fictitious story set in the almost terrifying environment of the camp, with its sharp contrasts between the plastic caravans and the rugged nature of the coast. “I considered it a good metaphor. Ruth has to choose whether to live in the artificial environment just like everyone else, or to be authentic,” the director explained in the Q&A.

The main protagonist enters the film as a person who doesn’t really know herself. “The story is her awakening. And almost for the whole film, she finds herself in some space in-between, where the contours of everything are unclear and she herself fumbles. We tried to capture this through the imagery,” described Claire Oakley. It is therefore no surprise that the result is an amalgamation of genres, from psychological drama to horror to lesbian romance. 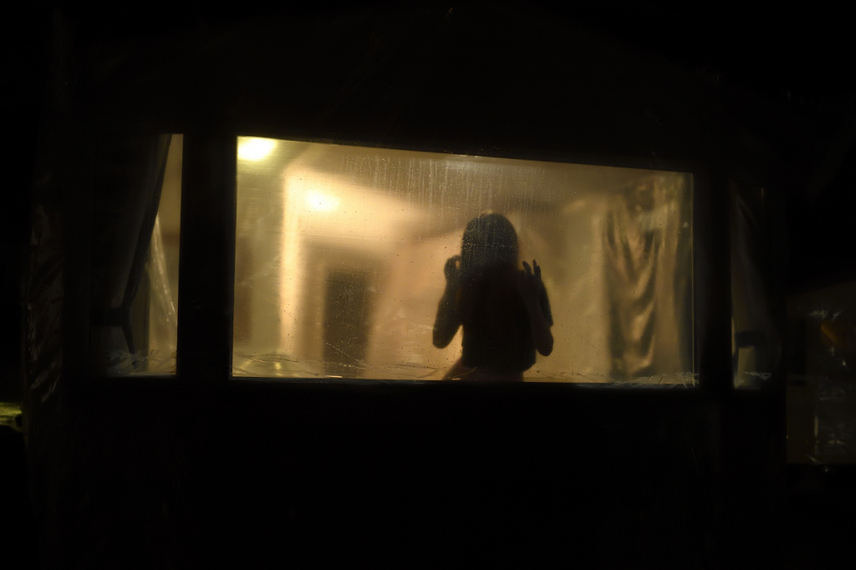 Why is the film called Make Up? “It is a riddle of sorts. It might be the make-up you wear when you’re with your boyfriend. And it is also a wordplay, suggesting the question of whether Ruth and her boyfriend will make up, or break up. And it can also mean your inner make-up, your identity,” explained Claire Oakley. Watch the whole Q&A and find out what role the sea plays for the director in depicting desire, how she chose between the fifty campsites on the Cornwall coast, and what is the role of red colour in her grey-blue film.