Cinemas are open! We are showing Cocoon on a big screen from June3 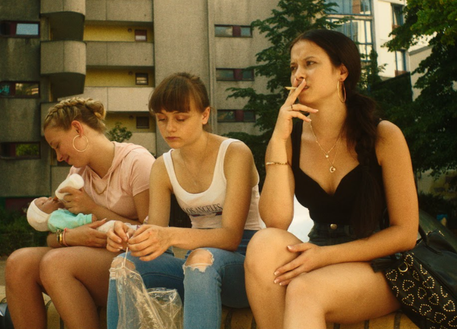 After a long break, the cinemas are finally reopening. With our Queer Kino distribution brand, we have decided to launch the new season with the dynamic Cocoon by the German director Leonie Krippendorff. You might have already seen an online screening of this film during last year’s Mezipatra festival. And now, the first opportunity for a true cinema experience is finally here.

The distribution premiere of Cocoon takes place at Lucerna cinema on Thursday, June 3, at 8:30 p.m. It is an English-friendly screening (original sound + English and Czech subtitles). And afterward the premiere, you will have a chance to see the film in other Czech cinemas.

Cocoon takes place during a summer heatwave in the scorching Berlin neighbourhood of Kreuzberg – multicultural, very queer and lively. In this melting pot, quiet Nora definitely leaves the safe childhood world behind and gets a taste adulthood with its temptations as well as risks. She faces her first period, and also a new experience with a love affair.

This coming-of-age film by the German director Leonie Krippendorff is a surprise for her fans. Her first film, Looping, had a very dark, surreal atmosphere and was set mostly within the heads of three women in a psychiatric ward. That is why the sunny Cocoon, set in the real environment of the famous Kreuzberg in Berlin and utilizing documentary elements, presents an unexpected bombshell. “I felt that this time, I wanted to make a film very close to reality. I set it at Kotbusser Tor, a place I know very well since I grew up nearby and I am still frequently in this area. I wanted to achieve an authentic feeling and show a very sensitive child protagonist who deals with a harsh environment in her own way,” says Leonie Krippendorff.

The director’s aim was to shoot a coming-of-age film which closely deals with the body. “For me personally, the transformation from a teenager into an adult woman was a truly hard time, and I miss this aspect of physicality in most coming-of-age films. For example, the moment of the first period always appears in the story, but only as a marginal motif,” explains the director. Contrastingly, this was the very first scene she started working on.

The film’s name, Cocoon, originated in the director’s goal to pick some childish hobby for outsiders for Nora, and keeping butterflies seemed like the right choice. Only later did she notice the powerful metaphor of the caterpillar’s transformation into a butterfly. At first, it seemed too obvious, so she was considering deleting this motif from the film altogether. However, Cocoon became established as the working title and simply stayed with the film. The director is happy with the film’s Czech name (“Summer in Kreuzberg”), but she was surprised this quirky neighborhood is known to people abroad. Leonie apparently underestimated Kreuzberg’s fame even outside Berlin. 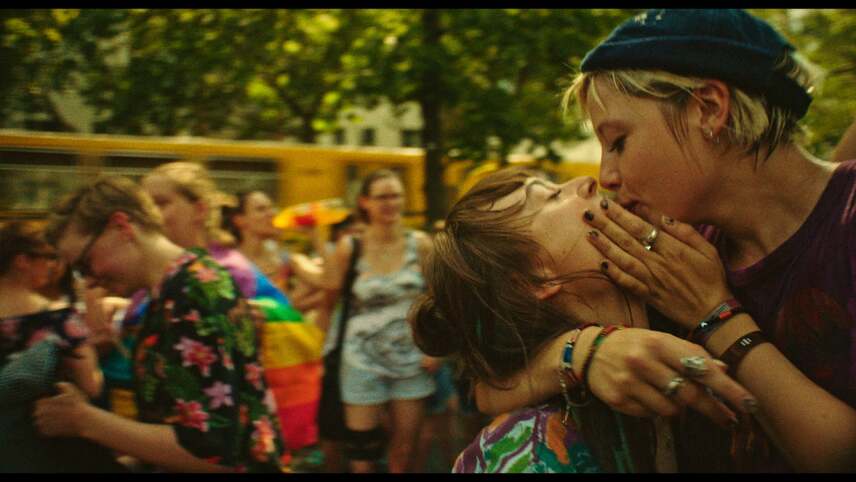