Summer screening of The 34th: The Story of Marriage Equality in Ireland 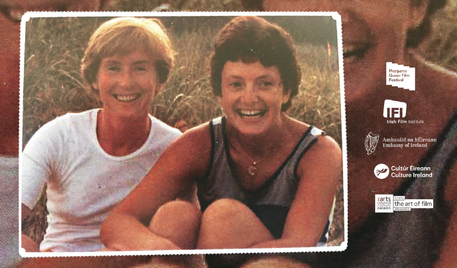 We invite you to the screening of The 34th: The Story of Marriage Equality in Ireland, which we are co-organizing with the Embassy of Ireland. The screening of Linda Cullen & Vanessa Gildea's engaging documentary will take place on July 21 at 9:30 PM in a beautiful summer cinema in the Kinsky Garden. The film will be introduced by Czeslaw Walek from the Jsme fér (We Are Fair) initiative, which strives for marriage equality in the Czech Republic, and a representative from the Embassy of Ireland. You can buy tickets for CZK 99 directly on the spot and there is no need for booking (there are plenty of seats).

The 34th: The Story of Marriage Equality in Ireland

‘The 34th’ tells the story of the driven and dedicated bunch of people who formed Marriage Equality in Ireland and developed it into a highly effective grassroots force with one clear goal in mind - the extension of Civil Marriage to same-sex couples. Through revealing interviews and archive material, former board members and staff outline the strategizing, fierce battles, sheer hard graft, and personal cost of running such an all-consuming campaign. From the KAL (Katherine Zappone and Ann Louise Gilligan) case and the emotional love story behind it to a YES vote on 22nd May 2015, this documentary spans a decade culminating in the 34th amendment to the Irish constitution, allowing same-sex marriage.