MEZIPATRA ON PRAGUE PRIDE 2022 - IDENTITY IN THE CITY 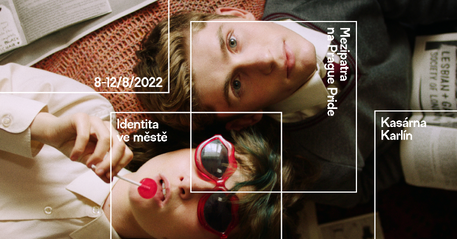 Queer film festival Mezipatra presents a special program Identity in the City from August 8th to 12th during Prague Pride. Attend an evening screening and participate in discussions with refreshments. The venue will be the Kasárna Karlín with an open cafe and bar. Discussions are free, films are subject to a voluntary entrance fee. All screenings are English-friendly.

Snacks with discussion from 19:00 at the coffee place Bazen
Screening from 21:00 in the courtyard

Toot or boot? The legendary pub quiz is back! Come to Kasárna Karlín and dazzle us with your knowledge of queer history, pop culture and general affairs. We compete in teams of up to five members. The whole event is hosted by the talented drag queen Melancholia Blackbile. English-friendly.

Touching moments of closeness, pop culture explosions and bitter-sweet nostalgia. The short films of the last year's Mezipatra QFF offered a real celebration of diversity. Join us on the journey to the end of the world with the best of the best. 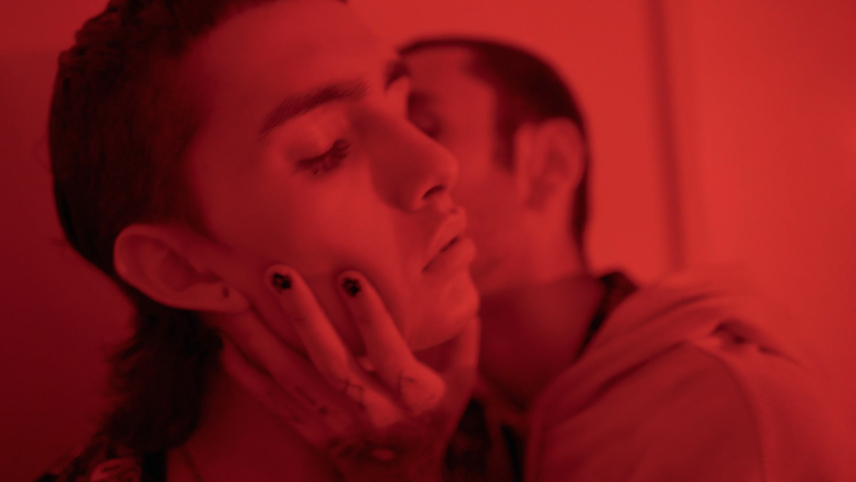 Among the countries of the Middle East, Lebanon might be the most favorable place for queer people to live. However, exactly two years ago, there was a devastating explosion in the port of Beirut, and the country is facing a deepening economic crisis. What state is the region currently in and can we see any changes in attitudes towards queer people in the Middle East? In collaboration with the One World festival.

Beirut-based all-female thrash metal band Slave to Sirens is a sensation for Western audience. However, in their homeland, they are the enfants terribles. For many in Lebanon, the issue is not only the musical style, but also the musicians’ sexual orientation. This documentary film is part of the One World festival’s project Get your Audience!

Despite the prejudices in the Polish countryside, the artist Daniel is well respected. However, the tragic death of a queer girl painfully hits the lives of the locals. He has to deal with guilt and the split community around him. Is he going to find the strength to keep his promises and change the world around himat the same time?

Asexuality is being discussed more and more. Despite that, we rarely see "ace" characters in films or series. Find out how far we are in the portrayal of asexuality in culture, media and public space at the discussion moderated by Bára Šichanová. In Czech.

One girl is looking for love, another one for a G-point, and the third one for a triple Lutz. Three girls, three different goals, and many obstacles along the way. Mimmi and Rönkkö are best friends who share everything. Rönkkö is trying to figure out why everyone talks about sex, Mimmi is having some troubles with a figure skater.Enjoy a warm ride through the worries and pains of an age when noone has any idea about what to do with their lives.

How to teach about gender and how to work with queer children? This hands-on workshop not only for teachers will offer three case studies.

As part of the program, we will focus on the topic of gender in education, how to understand it, how to be inclusive and break down stereotypes. There will be 3 thematic blocks with activities that teachers can try out and bring to the class afterwords.

The first block focuses on gender stereotypes and will be led by Dagmar Krišová from Masaryk University.

The second block will be chaired by Adam Šindelář, lecturer for the project “Mezipatra at Schools” and mentor of the “S barvou ven” counseling center. There will be screening of a short film about intersexuality and a demonstration of how to work with this topic and the follow-up discussion about such film.

The last block will focus on working with homo/bi/transphobic bullying and how to prevent it – methodologist Agáta Hrdličková will guide you through this topic.

The workshop is moderated by Marcela Macháčková (Mezipatra at Schools). The program is intended for everyone who works with children and youth. It will include breaks and snack too!

The independent Amber likes girls, and the introverted Eddie is into boys. But they pretend to be dating. It sure is not easy in a small Irish town in the 1990s. Will the queer allyship be enough to survive through high school? Find out in a summer comedy about friendship, rebellion, and self-acceptance. 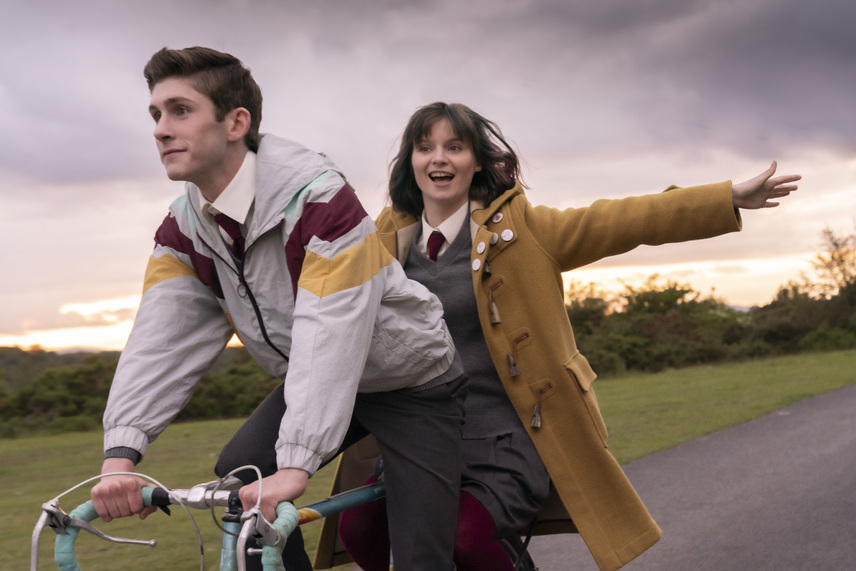