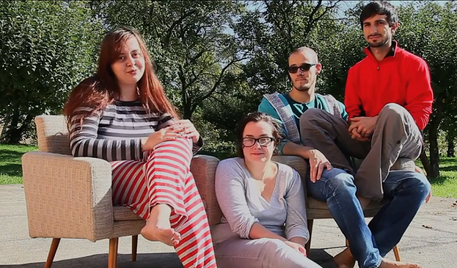 Do you remember the movie in which Meryl Streep had to choose which one of her two children to give to the Nazis to be gassed? That was “Sophie’s Choice”.

We felt like we could relate when we had to make the difficult choice of highlighting certain films in the Mezipatra program at the cost of seemingly downplaying others. For the Mezipatra, blog I asked the members of the program team to share the films that struck them in a personal way and which ones were the most inspiring for them, so that you too can be inspired. The Programme League of the Outs takes you on a tour of some of this year’s films!