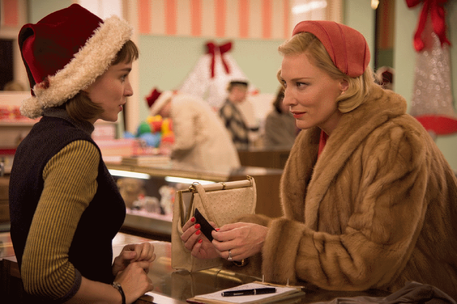 Todd Haynes’ romantic drama takes place in early 1950s of 20th in New York. Young clerk in a Manhattan department store Theresa (Rooney Mara) meets alluring Carol (Cate Blanchett) who is at the breaking point of her marriage. Unexpected love affair flares up between them followed by their families’ misunderstanding.

The film is an adaptation of Patricia Highsmith novel The Price of Salt that provoked contradictory reactions. Nevertheless, the film adaptation focuses on passionate love and its devastating consequences rather than on fight against social conventions.