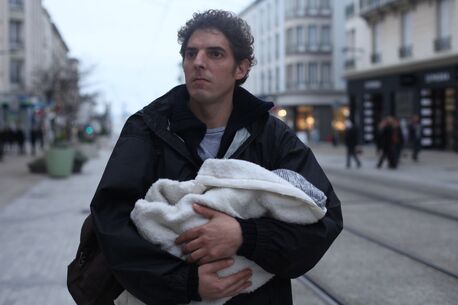 Scriptwriter Léo is looking for inspiration for his new film and sets off to the wilderness in search of wolves. In the end, he finds something completely different – shepherdess named Maria, who seduces him and gets pregnant. However, Maria refuses to look after the child and Léo, alone with the baby in his arms, enters the lives of the people in his new environment. Staying Vertical is a dreamy contemplation of the crisis of the role of man and father mingled with natural human sexuality unrestrained by conventions.

Take a look in the program what else Mezipatra has to offer.