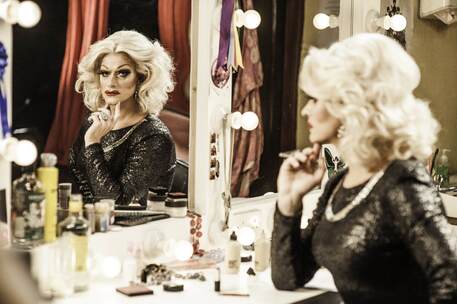 She is more influential than Donald Trump, at least according to a Time's poll. Her talk show enchanted viewers from Sydney to Sarajevo. We are talking about Panti Bliss, a charismatic and witty drag queen from Ireland, who became well-known all over the world during last year's referendum about marriage equality.

Her speech about what it's like to be gay became a viral hit shared by millions of people, including Madonna, and the Pet Shop Boys composed the musical score for the video. The speech is popular because Panti Bliss has a lot to say about homophobia, life with HIV, femininity, sex, and the right to marry whomever you love – and does so with disarming power and impact. Yet Queen of Ireland not only follows o a country boy on his journey to become a national artist, but also tracks the journey of Irish society towards modernity. The transformation of a country ruled by the Church for many long decades sometimes reminds us of the situation in Czechoslovakia.

This film was adopted by: Prague Pride
Thanks!