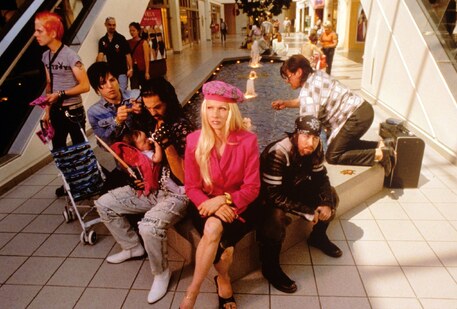 In order to escape East Germany, Hansel must undergo a sex change. But the surgery isn't successful, and so it is Hedwig – a diva whose body is halfway between a man and a woman – who arrives in America.

Hedwig is now touring provincial clubs with her band, and she has just one goal: to meet Tommy Ghosis, the rock star with whom she shares more than just an identical repertoire. John Cameron Mitchell's directing debut is the film adaptation of the musical of the same name, where punk meets pop ballads and where Hedwig (in an irresistible performance by the director himself) brazenly discusses anything related to her imperfect body and life. It's been fifteen years since the premiere of this iconic film, so it's high time to put on a wig and some make-up again and join the touring Hedwig, who is neither a man nor a woman – she is much more.