Be Your Own Champion at Mezipatra 2017 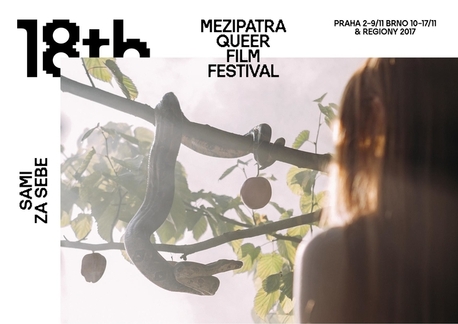 We’re counting down the days! Mezipatra will be eighteen this year, and that’s a reason to celebrate. The Prague part will take place from November 2 to 9. The festival will continue in Brno from November 11 to 18, followed by echoes in Olomouc, Hradec Králové and Český Krumlov.

Apart from the traditional Lucerna and Světozor cinemas, the festival will take place in the Pilotů cinema as well, and the program in Kino 35 at the French Institute will be expanded. In Brno, you can visit the screenings in everybody’s favourite Scala cinema and also in the newly-opened ArtBar Druhý Pád.

This year’s theme, Be Your Own Champion, will be reflected in the film selection. “Just like the protagonists of the films across all sections introduced at the festival, we have to face our problems on our own,” says Sandra Hezinová, the festival's program director. “The importance lies in the inner strength and authenticity of each of us. We are interested in forms of self-expression, and also in role-models, which the queer community often lacks.”

One of the most eagerly awaited films in the program is Norwegian Thelma. The mysterious thriller with supernatural elements was successful at international festivals, and Norway even chose it as its representative for the Academy Award for the Best Foreign Language Film. Other attractions include the biography of the legendary queer artist known as Tom of Finland as well as Paths (Ein Weg), a debut by German director Chris Miera which premiered at this year’s Berlinale.

It wouldn’t be Mezipatra without brilliant accompanying events! The discussions on issues that rattle the queer world will take place in our newly-opened base, the Patra community café. You can also see the exclusive performance of Kjell Theøry at the Venuše ve Švehlovce theatre, and dance till the morning at the “PG-18” party at the Ankali club.