Film tip for Thursday: The Queen of Ireland 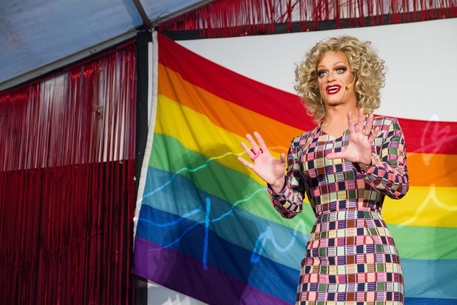 Have you ever heard of Panti Bliss? This Irish drag queen whose charisma and humor helped to enforce equal marriage rights in Ireland was declared as more influential than Donald Trump by the the Times magazine.

Many celebrities such as Madonna or Pet Shop Boys shared her speech about how it feels to be gay. Conor Horghan’s document The Queen of Ireland that won the audience award at Mezipatra 2016 will be screened before the gala opening at 6:15 pm at Světozor cinema.