Audience award goes to the film And Then We Danced 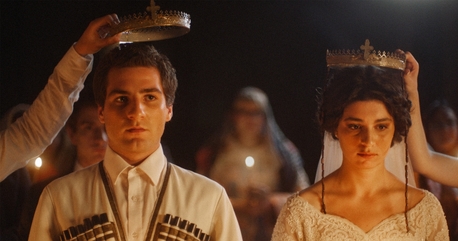 This year's audience was charmed by the film And Then We Danced from the environment of traditional Georgian dance. Those who missed the film at the festival will have plenty of possibilities, as it will be shown in cinemas under our new distribution brand Queer Kino. Congratulations, the success is well deserved!

Since early childhood, Merab has been a member of the National Georgian Ensemble, which focuses on traditional dance. The lead choreographer is strict with the dancers: Georgian dance does not express sexuality, just the soul of the nation. And that means the Orthodox religion, traditional gender roles and family values. It is therefore not only the strict dance rules, but also the rigid opinions of society that influence the life of the hardworking youth whose dream is to perform abroad. But when Irakli appears at the practice sessions, Mareb's world is shaken. He faces a new rival, but is simultaneously confronted with a mesmerizing attraction to another man. Throbbing in the rhythm of energetic music, Levan Akin's sensual romance captures the desire to be free, as well as the conflict we may feel regarding our roots. This sincere, emotionally raw drama won Best Film at the Odessa IFF and Best Director at the Sarajevo IFF.