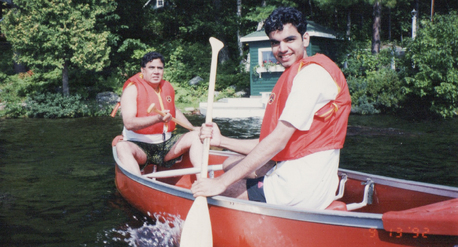 Abu is a documentary by the Canadian director of Pakistani origin, Arshad Khan, who will personally introduce the film at Mezipatra. Khan is the director of the South Asian Film Festival of Canada in the Canadian town of Mosaic and is mainly shooting short films.  Abu is his feature debut.

It tells the story of a family who chose to emigrate from native Islamabad. Khan, with the help of family archives and Bollywood movies, offers a view of adolescence and a search for one's identity. You can see the documentary at 6:30 pm in Kino 35.