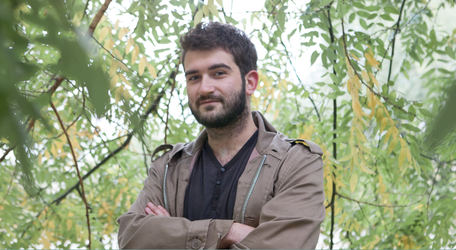 Let’s Not Be Afraid of Earthquakes

Mezipatra is sixteen this year, and slowly growing up. Since an early age, however, it has been trying to contribute to the positive image of LGBTQ+ characters and to balance the frequent tendency of the local cultural mainstream to mock them.

Not only our festival, but the whole queer community and its position within society are constantly evolving. An example of this is the verdict of the US Supreme Court of June 26 legalising same-sex marriage throughout the United States. We can hope that this small victory will be followed by changes in legislation in our country as well.

At Mezipatra, we are used to riveting stories about human strength and weakness. This year, the epicentre of the festival programme revolves around life’s pivotal moments – moments when the film protagonists’ lives turn upside-down.

Film has a unique power to touch our soul. It lets us find universal truth even in a story about somebody who is seemingly different. We are affected on a personal level by stories of a man in his fifties who finds out that his whole life has been a lie, a family where the forcible separation of one member means a catastrophe, a gay Muslim who must suppress his true self because of faith, and a woman who voluntarily accepts a male role to strengthen her position in a patriarchal world.

Since earthquakes are not only personal but also cultural, our retrospective section brings four canonical films that shook the perception of what queer cinema is between the 1960s and 1990s.

I wish you that the cinematic earthquakes at Mezipatra help you survive your personal ones.