21st Mezipatra believes in Recovery. The festival beckons with the best queer films and contemplations on the society’s health 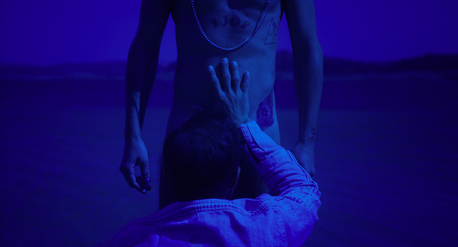 This year’s Mezipatra starts in Prague on 5th November, and it moves to Brno on 14th November, and finishes there on 21st November with a closing ceremony. The festival brings crème de la crème of contemporary live-action, documentary and short films with queer topics. And the popular retrospective section won’t be missing either. The theme of this year’s edition is Recovery: “Minority shiver, everyday battles with subconscious attacks, and efforts to look ‘normal’ to others so that we avoid ridicule and assaults from an early age often take their toll on both mental and physical health of queer people,” says festival director Pavel Bicek. “The increasing aggression against the LGBTQ+ community in Central and Eastern Europe and the worldwide pandemic crisis were an impulse for us to turn to our community. Because each injury takes time for a recovery, and marginalization of these problems only leads to further diseases,” he concludes.

The festival is also preparing program changes. The main competition newly includes two documentaries which address topics overlooked until now. A separate documentary section remains at Mezipatra in its standard form, complementing the main competition with films that depict crucial milestones in queer history of the 20th century, being it from a macroscopic view or through individual intimate testimonies. Simultaneously, they strongly resonate with the theme of a recovery, on the level of the whole society, the LGBTQ+ community, and an individual.

The festival’s main film attractions include Brazilian Dry Wind (Vento Seco) about Sandro who enjoys getting carried away into a world of wild erotic fantasies. Debuting Daniel Nolasco introduces a unique gay Odyssey where all looks are subjected to lust and desire. South America is also the home of seventeen-year-old Iris from film One in a Thousand (Las Mil y Una). She falls for the wild and crude Renata, and together, they proudly face the reality of a poor suburb in Argentina. Documentary Little Girl focuses on seven-year-old Sasha, who has always felt like a girl. Her loved ones respect her identity, but outside her home, she keeps struggling with various obstacles. The film was presented at this year’s Berlinale and was selected among the best documentaries at the 2020 European Film Award.

The accompanying program offers for example the Transparent Czech workshop about correct writing on gender identity and other related topics, and I’m Not a Homophobe, But… panel discussion about minority stress and its impact on the mental and physical health of LGBTQ+ people. The complete program of Mezipatra will be published on 16th October, after the trailer premiere.

Bargain festival passes which offer seven films for the price of five are available on GoOut.cz until 15th October.

PR contakt
Leonora Nushi
+420 608 910 494
This email address is being protected from spambots. You need JavaScript enabled to view it.