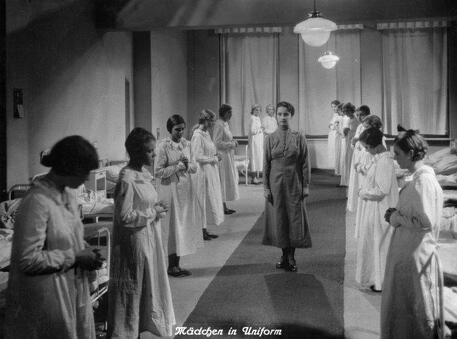 21st edition of Mezipatra Queer Film Festival will again feature the popular retrospective section. This year, it reminds us of four iconic films of queer cinema.

The first is a German film from the 1930s, Girls in Uniforms (Mädchen in Uniform) about coming-of-age and first love. A twist of fate puts young Manuela into the reserved environment of an educational institution. The last word always belongs to Miss von Bernburg, and Manuela survives only thanks to the warmth of her peers. But that quickly cools down when Manuela decides to speak about her affection for the teacher. Director Leontine Sagan’s film became a European film hit and still belongs among classics.

Documentary It Is Not the Homosexual Who Is Perverse, But the Society in Which He Lives (Nicht der Homosexuelle ist pervers, sondern die Situation, in der er lebt) confronts the audience with every imaginable stereotype about gays. A film survey of the gay community in 1970s Berlin goes beneath the attractive veneer of the queer subculture and shows the nice facade as well as its darker side. In a subversive manner, director Rosa von Praunheim toys with stereotypes as a political weapon against the ignorance of both the majority society and the gay community.

Set in the French legion, Beau Travail reveals the rigid patterns deeply rooted in the army as well as in the society as such. Almost at the end of the world, officer Galoup tries to train a unit of new soldiers. But his obsession with one young recruit becomes fateful, and jealousy clouds Galoup’s mind so much it completely prevents any rational thought. He wants nothing more than to destroy the youth at all cost… Starring Denis Lavant, Claire Denis’s iconic film belongs among critically most acclaimed films of modern cinema.

The 1990s also brought to life the eccentric musical of Zero Patience which, in a rather unconventional way, attempts to figure out the stories about the first HIV patient in North America. Because according to many, he is sort of responsible for all of humanity’s suffering. The same opinion is held by a Victorian sexologist who is collecting all the supporting evidence for his museum of diseases. All goes according to a plan until the ghost of patient zero suddenly appears. The story of one culprit starts getting murky. This satirical film, which features even water ballet, singing marionettes and costume performances, laughs at conventions and reveals the hypocrisy of those who exploit the epidemic for moralizing.

All films will be available online at mezipatra.cz throughout the whole festival. The price of one film is CZK 80 and it will be accessible for 72 hours from the moment one starts playing it. Pass for the whole festival costs CZK 950. The pass unlocks the whole festival selection with the same rule of 72 hours. Each festival day will also offer a live broadcast of Mezipatra LIVE via social media – Facebook (facebook.com/mezipatra) and YouTube (youtube.com/mezipatraqff), with live streams of discussions with filmmakers, interviews with festival guests, and the accompanying program.