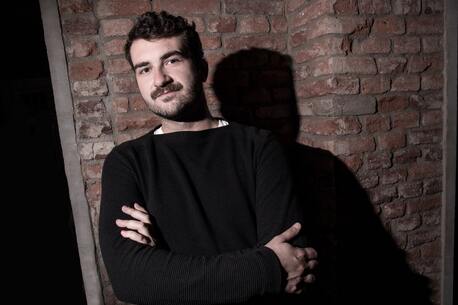 Lose Yourselves in Film

Imagination is one of humankind’s privileges and the driving force behind this year’s programme. The creators of the films you will see intentionally disrupt the traditional film narrative and, instead of the expected catharsis, stun us with a twist. The protagonists are thus liberated and the audience thrown off balance again. After all, is there anything more exciting and thrilling than letting ourselves be suprised by where we will be taken next? This applies not just to film, but to life as well.

Mezipatra doesn’t, however, take us only to the fickle, mysterious and unpredictable worlds of fiction, which have offered refuge to generations of viewers since the very beginning of cinema. Film diversity – be it thematic, geographic or in terms of genre – is an important criterion for festival film selection. Through this variety, we are transported to worlds we often forget or have very limited, fixed ideas about.

Stories of people from the other side of the world are beyond our reality as well. These people live in completely different conditions than us and must hide their own identity. The films selected by Mezipatra therefore help us step back from our own reality and – thanks to the films being shown this year – perhaps make us more compassionate. Mezipatra will teach you more about the lives of queer people usually far removed from us. Suddenly, the borders between our different backgrounds and the successes and failures weve had to face disappear.

Dear festival-goers, I hope that our films and accompanying events this year will not only help you take a step Beyond Reality, but that they will also provide you with new experiences and perspectives on the joys and pains we encounter daily.