The stories of our ten feature films prove that imagination can liberate us from restricting everyday conventions.

The lonely protagonists of Hard Paint and Sauvage struggle with adversity, as their circumstances lead them to look for a radical solution: using their bodies as a tool for contact with the world around them. The female protagonists of Nina and Knife + Heart are in a bind as well because they don’t know how to win over the women of their dreams, discovering instead their inner strength to make major decisions.

Representing Asian cinema this year is the Thai film Malila: The Farewell Flower, which is a contemplative essay on the values of human life, love and forgiveness. 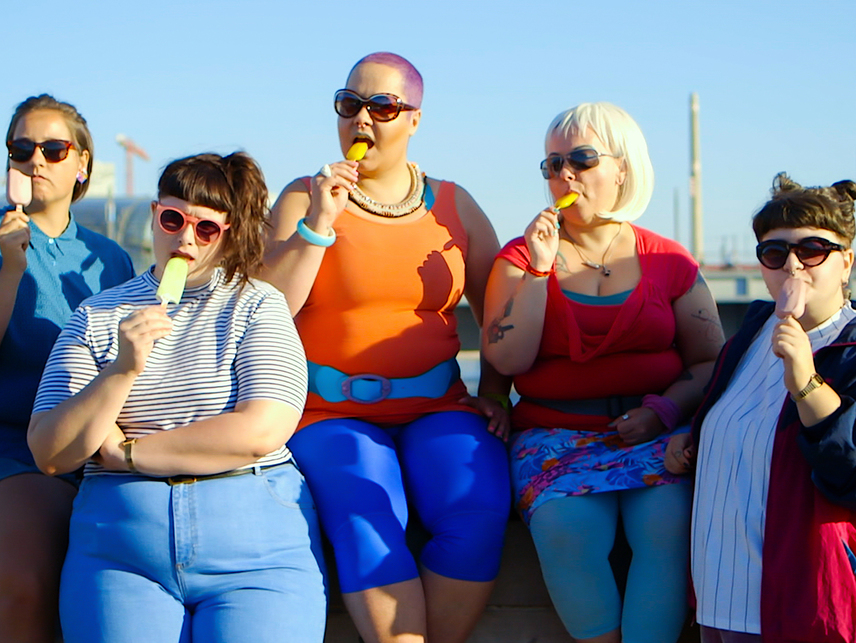 While the lesbian block The Woman of My Dreams will show how intoxicating yet demanding fateful love can be, the gay block No Shame will emphasize how crucial it is not to give up and to fight for your feelings. Similarly, the Be Yourself! block illustrates the importance of following your dreams and never surrendering, even when those around tell you otherwise.

The concept of family has been discussed and dissected for many years. Is the notion of a traditional family outdated and heteronormative? Or is it an ideal to strive for? After five years, Mezipatra is again exploring the topic of family in a special section, because it is queer cinema that likes to tell stories that help us critically re-evaluate ingrained ideas. Unlike most films, which focus on the lives of queer individuals in relation to relatives, this year’s section concentrates primarily on parenthood.

On one hand, we have Anchor and Hope, which follows a young lesbian couple toying with the idea of having a child, and, on the other, A Kid Like Jake, where the parents have to decide how to secure the best future for their trans kid. And My Own Private Hell is a quirky interpretation of the question to what extent the queer community is itself a family.

The selection of five European and American documentaries covers a wide range of topics. And the films focus especially on powerful personal stories that offer strong emotions as well as inspiration.

Teri and Tiahna, the protagonists of the French-German Game Girls, struggle with poverty, homelessness and drug addiction in the chaotic world of Los Angeles. The struggle with their own bodies’ limitations is the issue challenging Jason and Tracey, the central characters in A Deal with the Universe, who simply want to start a family. Man Made shows the journey of four men who participate in the only body-building competition for trans men in the world. On a similar note, the Dutch Genderblend illustrates on the examples of five young genderfluid people how important it is to follow your dreams and be truly yourself.

And the historical dimension is provided by Dykes, Camera, Action!, a fresh and entertaining overview of the history of American lesbian cinema.

Escaping beyond reality and relying on one's own imagination used to be an inherent part of queer people’s lives, as the social circumstances in the past didn’t allow them to openly admit their orientation. Apart from the thematic focus on films emphasising the power of human imagination, which can pull you out of the mundane and carry you into a world of boundless dreams, the selection of this year’s retrospective section concentrates on presenting films on a special occasion.

The iconic Pink Narcissus, where the fantasy of a young male prostitute takes us to a sultan's palace and to the Spanish corrida, will be screened in Czech cinemas for the very first time. The newly restored Japanese Funeral Parade of Roses accentuates style and the implementation of unrealistic elements into the fictional world of cinema. And the youngest of this year's retro films, the Swedish-Danish romance Fucking Åmål, is presented on its 20th anniversary.