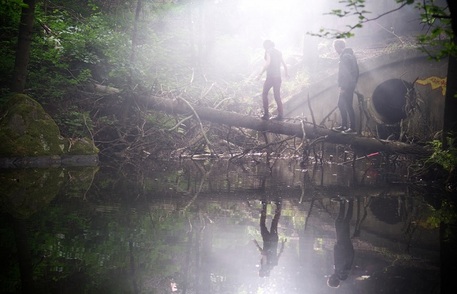 The 15th edition of Mezipatra Queer Film Festival is starting already today. It will continue till the 13th of November and present 73 films from all over the world in cinemas Světozor and Lucerna in Prague. Their common feature is that they are queer. The term queer encompasses everybody who feels restricted by the traditional sexual and gender categories. The largest event of this type in the central Europe will therefore introduce a documentary called Children 404 (Deti 404) about the suffering of Russian queer youth as well as a sweet story of the first love, The Way He Looks (Hoje Eu Quero Voltar Sozinho), the winner of the Teddy Award for the best feature film at this year's Berlinale. The festival will also welcome exceptionally creative filmmakers – the love triangle drama, Of Girls and Horses (Von Mädchen und Pferden) will be personally introduced by the director and a legend of queer cinema, Monika Treut, the winning film of the Rotterdam Film Festival,Something Must Break (Nånting måste gå sönder), will be introduced by Eli Levén the scriptwriter, and Saga Becker the actress.

The viewers will also see films that scored at festivals in Cannes (A Girl at My Door – Dohee-Ya) or Sundance (Love Is Strange, starring Marisa Tomei and John Lithgow, 52 Tuesdays) as well as films selected by their countries to compete for the Best Foreign Language Film Academy Award (the aforementioned The Way He Looks, The Circle – Der Kreis, and Mommy). The retrospective section will offer a romantic drama, Those Who Love Me Can Take the Train (Ceux qui m'aiment prendront le train), as well as an intriguing drama based on true events, Heavenly Creatures, starring young Kate Winslet. Apart from documentary films, Mezipatra will also screen 48 short films from 21 countries.

Besides Monika Treut, Eli Levén and Saga Becker, Mezipatra will also welcome a pair of Russian directors. Askold Kurov and Pavel Loparev will present a screening of the already mentioned captivating documentary, Children 404. The last valued guest will be the director, actor and scriptwriter, Eric Schaeffer, whose romance called Boy Meets Girl is presented at Mezipatra. The filmmaker from New York has directed for example Sarah Jessica Parker and Ben Stiller.

The abundant queer film selection will be enriched by a diverse accompanying program which includes discussions on vampires, same-sex marriage, and queer motifs in the Czech cinema. Those interested can also enjoy the festival's main party, Blond Ambition, which will break loose on Saturday in Neone club and in The Chemistry Gallery.

After finishing in Prague, the festival will move to Brno where the viewers have the chance to enjoy the films from the 15th to 22nd November. The Audience Award for the Best Film will be awarded at the end of the festival in Brno. The festival's official echoes will take place in Olomouc (27th to 29th November) and Hradec Králové (2nd to 4th December).

This email address is being protected from spambots. You need JavaScript enabled to view it.