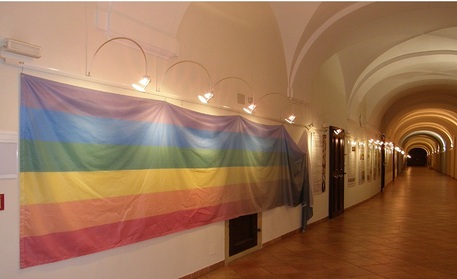 Echoes of Mezipatra in Olomouc are entering its eight year! The event is organized by ALLOVE as in previous years. All screenings take place at Divadlo hudby. We offer you the very best of Mezipatra 2014 programme as well as interesting additional programme and parties of course.

Free HIV testing
You can get yourself tested for HIV in a special ambulance situated on the Republic square during Thursday afternoon.

Discussion about HIV and AIDS
Our guest will talk about what life is like with HIV. He’ll speak from his own experience about how he has dealt with it as well as his family, friends or employer.

Closing party
Traditionally, there will be a closing party in the Diva club. The party will include an exhibition of photographs capturing past years of Mezipatra Echoes in Olomouc and other ALLOVE events.